Throughout the weekend there were periods of perfect weather, although short, and also periods of challenging conditions

Saturday afternoon provided big winds which made tent setup all the more exciting, however come 7:30 (roughly) the wind completely stopped and the windsocks dropped.

This then provided the perfect conditions for some twilight flying. The Night Walrus proved its worth with many flights while the Night Fury and Night Tundra not so great………. (special thanks to Jim and Chris for sharing there Walruses, very much appreciated) 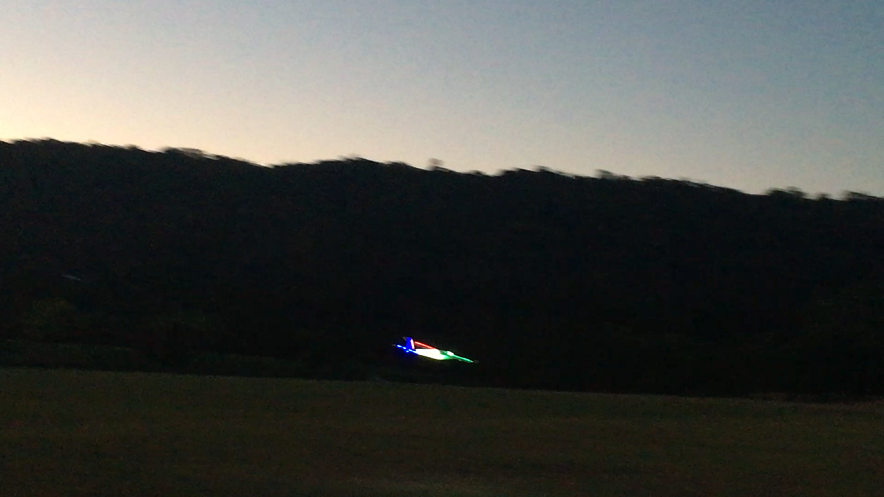 Sunday morning and the weather proved to be fantastic for flying. Those that made it out early were rewarded with perfect flying conditions!

As the preparations were being made, for the first of our 4 official events, the wind started to gently blow adding to the challenge of the event

1st event was the streamer combat which was fiercely contested! Stuart Warne scored the one and only streamer cut which was later deamed unfair due to using a very very fast FPV model. After a quick count back Darrel was awarded the prize for Combat 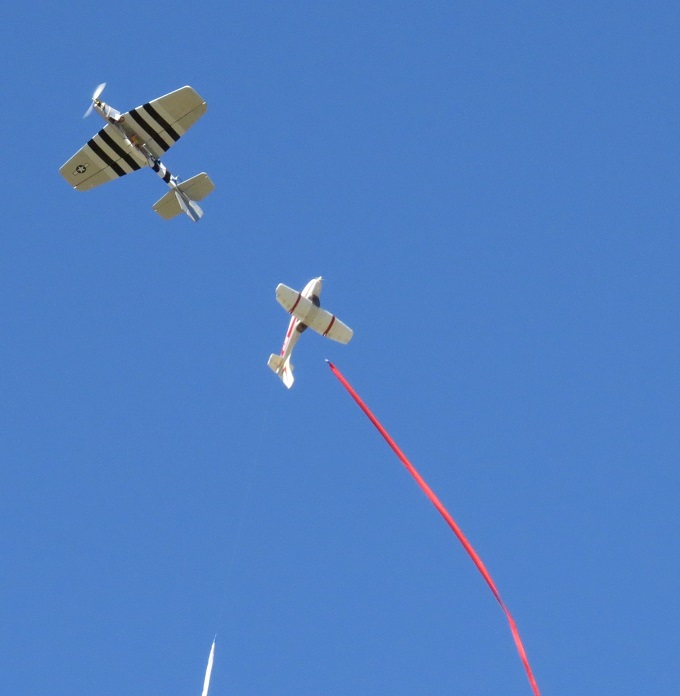 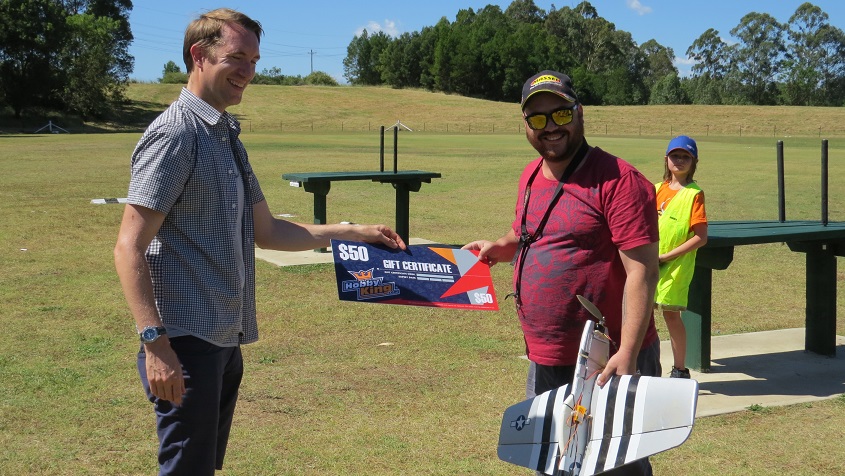 By the 2nd event, Limbo, the wind had really started to pickup. Due to this the Limbo wire was upgraded from flimsy tissue paper to a high tensile rope! Not deterred by this the Limbo proved to be a popular event. The final round came down to “Tundra” v “Vampire” with the “Vampire” flown fantastically by Steve Chin taking out the event! 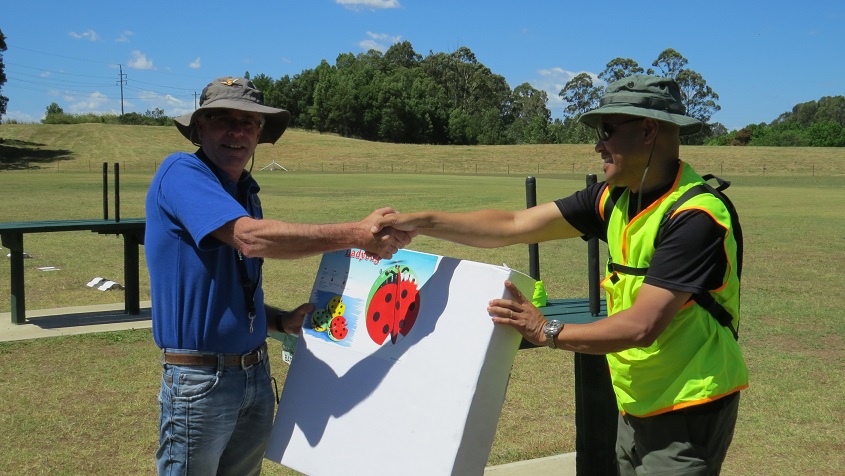 Throughout the lunch break it was one hand on burger and one hand on hats as the wind continued to blow. Big thanks to all involved in the BBQ, Dan, Mal, Phil, Bill ………. (apologies if I missed anyone here)

3rd event was the Spot Landing, which sounds simple on paper, but then add in a 30k cross wind and the spot you are aiming for seem a whole lot smaller!! Great skill was shown by Darrel, to guide the Extra into stopping 12cm from the dot, to take out the event 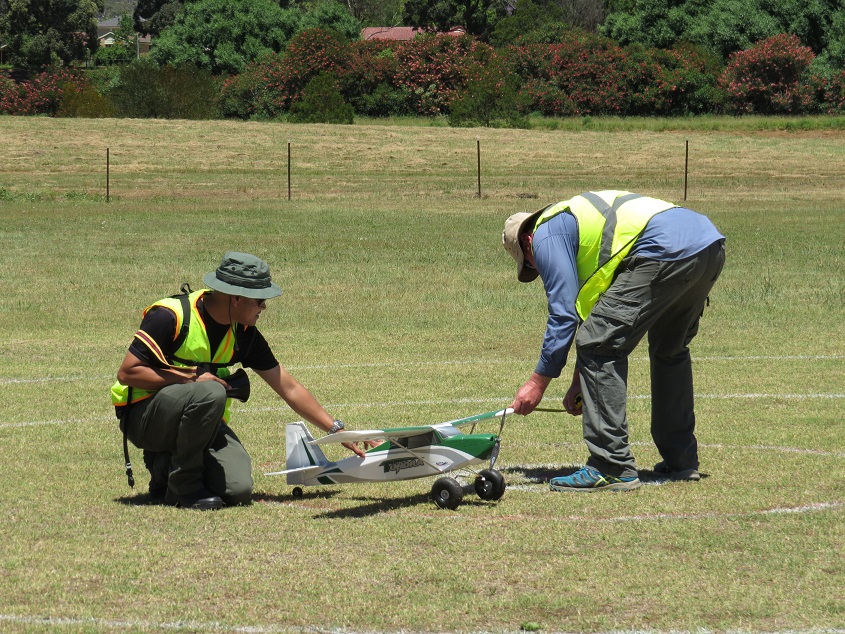 By the time we got to the last event, which was the glider comp, the wind was really in full swing. Due to this there was only a couple of entrants with some unusual, considering the event, machines for gliding. Basically the Tundra fell like a brick, probably some pilot error there!, and one of the gliders had some mechanical issues, as this was its maiden flight!, which left the Excalibur to rule the skies! This time there was no arguing that Stuart Warne was the clear winner! Stuart then, very generously without question, donated the glider back to the club which was then auctioned off !

Also a big thanks to all the people who made the weekend possible, especially to all the volunteers, and there was quite a few, who helped Setup, Packup, BBQ, Admin, Events, …………….